As an economic driver for The Bahamas, resuming operations at Grand Bahama Shipyard represents important milestone in Grand Bahama's recovery

FREEPORT, Bahamas, Sept. 12, 2019 /PRNewswire/ -- Grand Bahama Shipyard (GBS) today announced it has officially resumed operations and welcomed back its first commercial vessel, the 57,062-ton Agathonissos owned by Greece-based Eletson, which returned to the yard yesterday to complete repair work that began before Hurricane Dorian arrived in The Bahamas earlier this month. 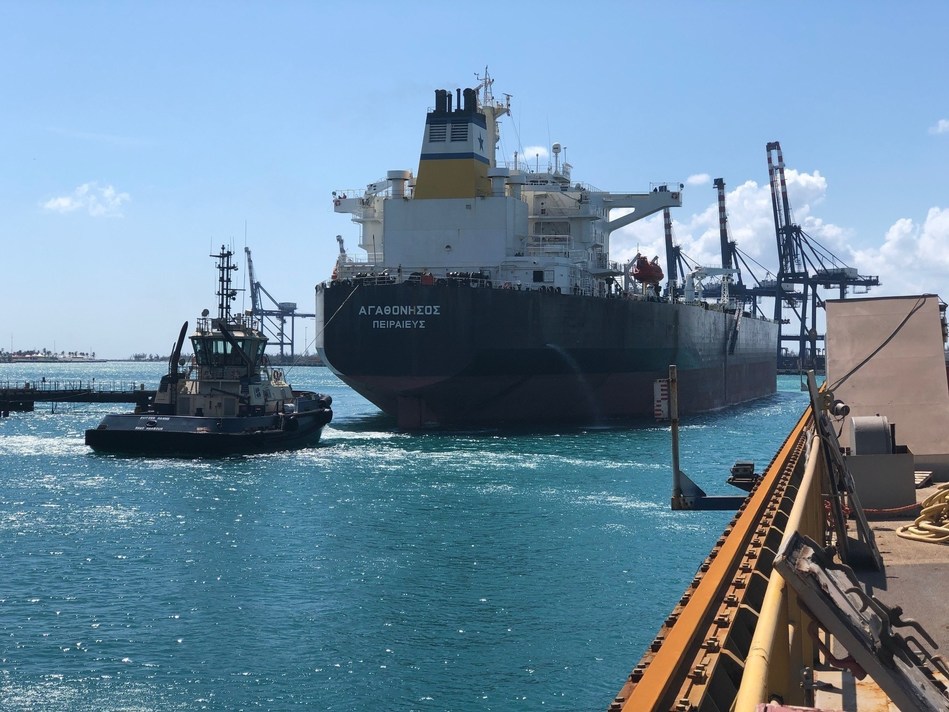 The shipyard, located in Freeport, Grand Bahama, also announced it remains on track for the next planned cruise ship visit, Carnival Cruise Line's Carnival Ecstasy, scheduled to arrive on October 5. In total, Grand Bahama Shipyard expects to service 29 dry-dockings throughout the remainder of the year, helping support recovery efforts through the ongoing work of its more than 600 employees and the additional economic activity generated for the surrounding area of Grand Bahama.

Overall, as a result of the storm, Grand Bahama Shipyard had no significant damage, limited primarily to some erosion with no effect on berths. The shipyard is able to fully power its core operations, including docks, workshops and administrative functions, as well as communications infrastructure. The shipyard is also able to produce fresh water and its cafeteria is currently feeding meals to hundreds of workers daily.

"It was extremely important to get up and running as quickly as possible and begin taking in vessels to help support the employees and families at the shipyard, along with economic contributions and rebounding activity for the island," said David Skentelbery, CEO of Grand Bahama Shipyard. "This is a significant sign of positive progress for the island, and we look forward to continuing our normal operations while also supporting the Bahamian recovery with direct support, including to island utilities, along with increased economic activity from our operations, and also from the industry's collective efforts to support The Bahamas with immediate and long-term relief."

Carnival Cruise Line is the most popular cruise brand in North America and operates 27 ships designed to foster exceptionally fun and memorable vacation experiences at an outstanding value.